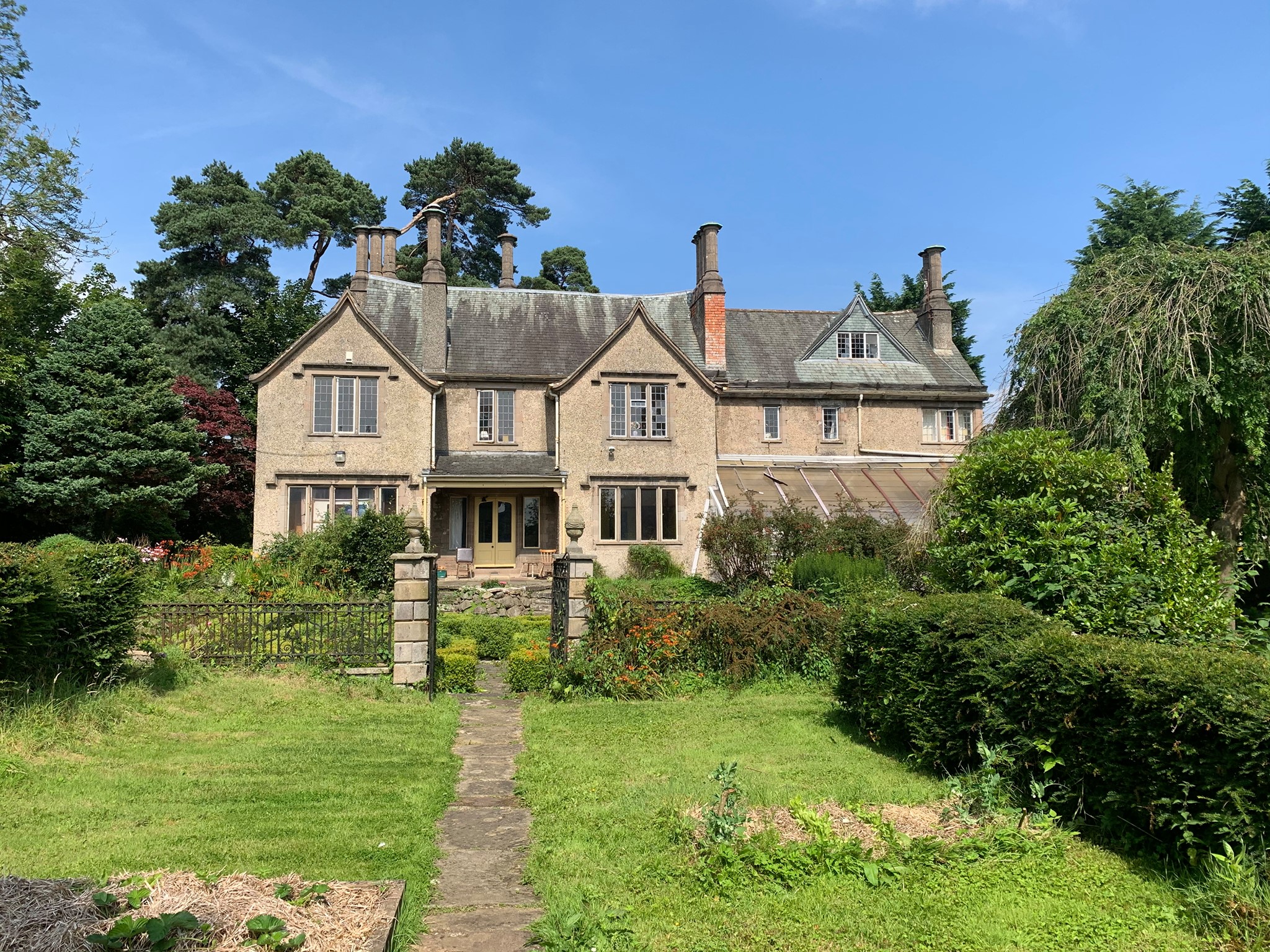 And Dear Margaret remembers that for me.’ (The Dutchman)

Ever hear a lyric that sticks for some unknown reason for itself to unravel at a later unexpected time. Maybe it’s the current unpredictable landscape that makes small things feel more significant but I hope that if you can follow this story you get what I’m thinking.

Most of the events around this story happened recently so excuse the potential twists, confusion and possible mishaps.  There will be a follow up to this initial blog so I can expect some individual retractions and some fine examples of Double Dutch, which is where I will start.

The Dutchman is a folk song written by American Michael Peter Smith and beautifully covered by artists such as Liam Clancy and Brendan Grace (Aka Fr. Fintan Stack). This song would always remind me of my own Grandmothers Margaret McCann & Rita Owens and their special ways and simple connections they made with people that made a massive difference. The majority of this adventure is centred around Dunmurry lane where my Granny McCann lived for the majority of her elder years, while my paternal Grandmother Rita Owens would’ve spent most of her married life on Dunmurry Lane when initially moved to Belfast (Grosvenor Road house first in 1944, then Dunmurry Lane 1958), more on this later.

And for the second Dutch link, I’ll introduce Philip from Holland, who took a whiskey tour with myself about a month ago.

As well as great company, I loved how Philip had missed Belfast so much that he got a job and moved here around the start of the Covid period, dedication to the city, I like. Anyhow, when chatting on the quality and history of Belfast Whiskey such as McConnells and Dunvilles, I spoke to Philip about a very hidden whiskey from Jurys (Special Jury and Grand Jury Whiskey) that seemed to be one of the drinks of its time and from Belfast.  I spoke with Philip on how the creator of Jurys whiskey, William J Jury, used his wealth from Whiskey to open up his first hotel the Imperial Hotel, Donegal Place, Belfast in 1868. Philip pointed out that the Dublin hotels of Jurys where the same owner and maybe didn’t use the ‘Imperial’ tag in Dublin at this time.   Jurys (different owners now but original brand) a massive hotelier and originally from Belfast. More research to be had, but in a strange twist of fate, would lead me back to the homelands of Dunmurry Lane.

*Just checked that recent change of location of business for Google Maps, I may have ironically taken the Imperials old space*

Prior to the whiskey tour with Philip, an old school friend Anto Kavanagh got in touch about an abandoned house he had found when exploring the top of Dunmurry Lane (pic below). 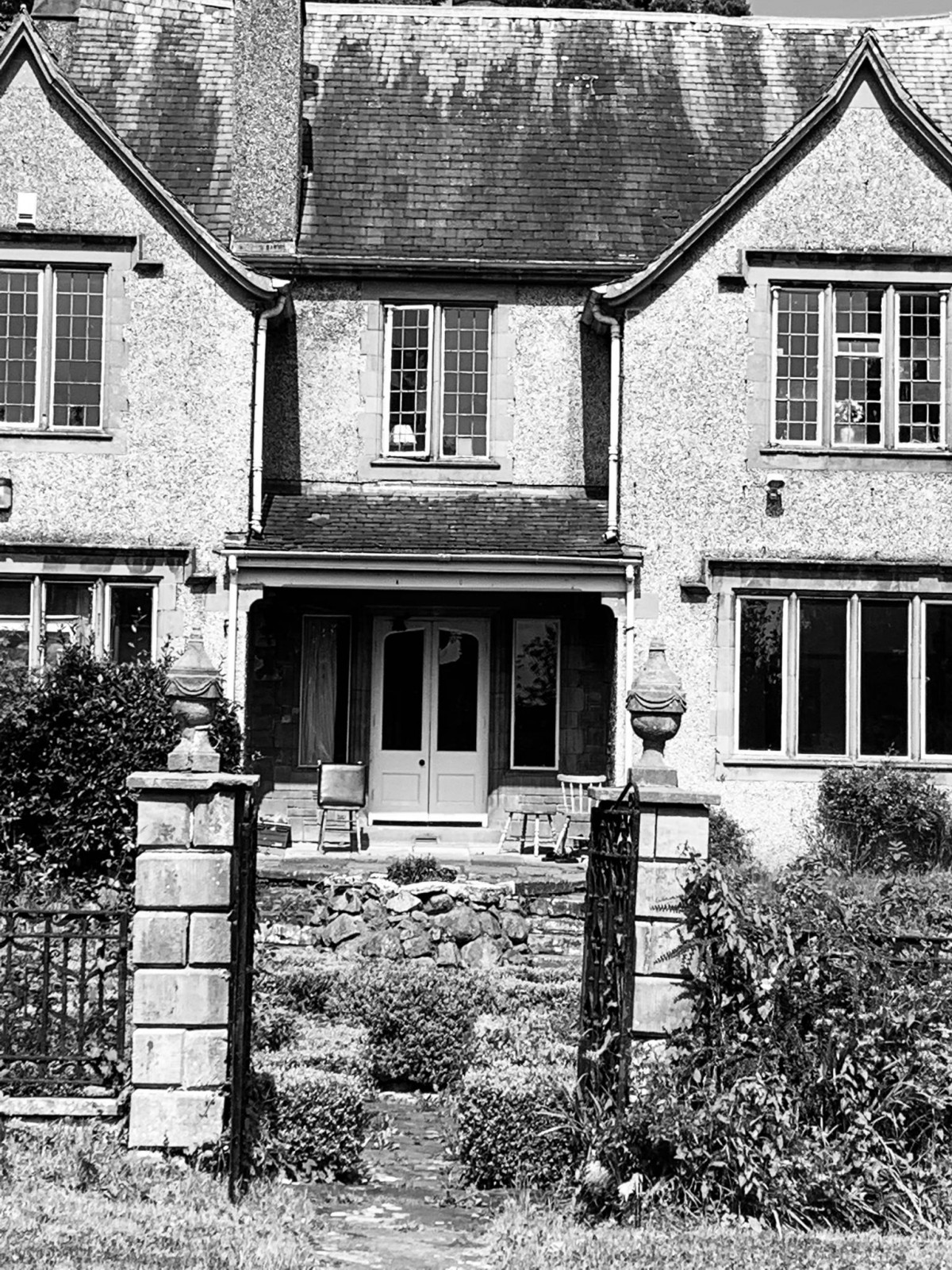 Amazed by the scope and beauty of the house, I had a funny feeling that the house was similar to my grandparents Owens original house, who I had only seen once in the background of a family photo from I’m guessing the 60s. After speaking with my father, he assumed it was possibly a neighbour’s house and left me to my own devices to find out more or visit the house myself.

Jump, two months later, and when exploring the heritage of the Jury family I come across evidence of the Jury family living in the Brooklands area. For anyone, familiar to the Dunmurry/Twinbrook area, Brooklands is now seen as the area top of Dunmurry Lane prior to the Michael Ferguson roundabout. The abandoned house Anto had found, was on the top left hand side of Dunmurry Lane and not far from where the Hare Krishna House (very similar style of housing) would be.

The information found referred to William J Jury son, Percy Morgan Jury, being born in Brooklands, 1875. I’m assuming at this stage that Brooklands would possibly refer to the house and possibly historically an old townlands area. I was able to confirm (thanks to Richard Graham) that Brooklands was lived in by the Jurys, but before that, was originally a Owden house (Linen Merchants, warehouse is now where Marks & Spencers is). 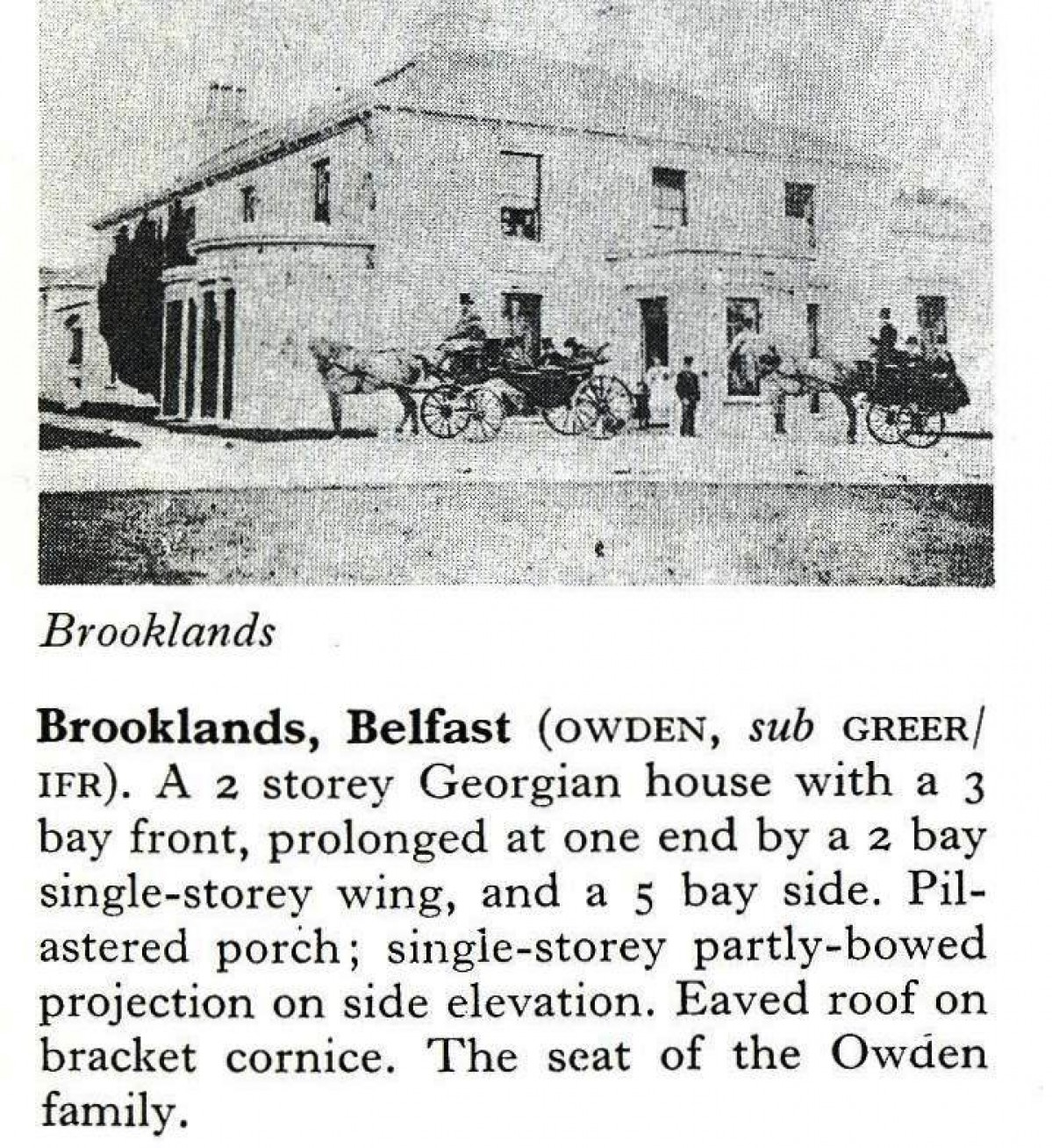 Absolute geek in me was loving finding links, dots and holes to explore with this one, so I rang my dad to confirm again if he had any idea on the old house and its possible link to the Jury whiskey and hotel empire.   I also remembered that the area, now known as Brooklands, has a street called Margaretta Park, which coincidently my dad built and was named after my Grandmother Margarita/Rita Owens. Firstly, I was hoping that I had a tedious link to the local whiskey industry but the romantic explorer in me was hoping the Jurys house was still in tact and more importantly that its story and legacy lives on.

‘Dad remember that house I sent a pic of a few months back, I’ve a strange feeling its linked to Jurys hotel who in turn had award winning whiskey from Belfast.’

‘Oh, that’s Nancy Jury, old neighbour of ours, used to be a very talented artist and your granny got on well with, used to do a lot of landscapes of Donegal.’

That’s all I needed, the great skill and tradition of oral history, one name and it clicked!!!

Being my dad, in his old fashioned ways, described her as a spinster at the end of our call, but knowing him it was more a dig at my own social status and habit of escaping into books and art during these times than of Nancy’s own life (Nancys painting below). 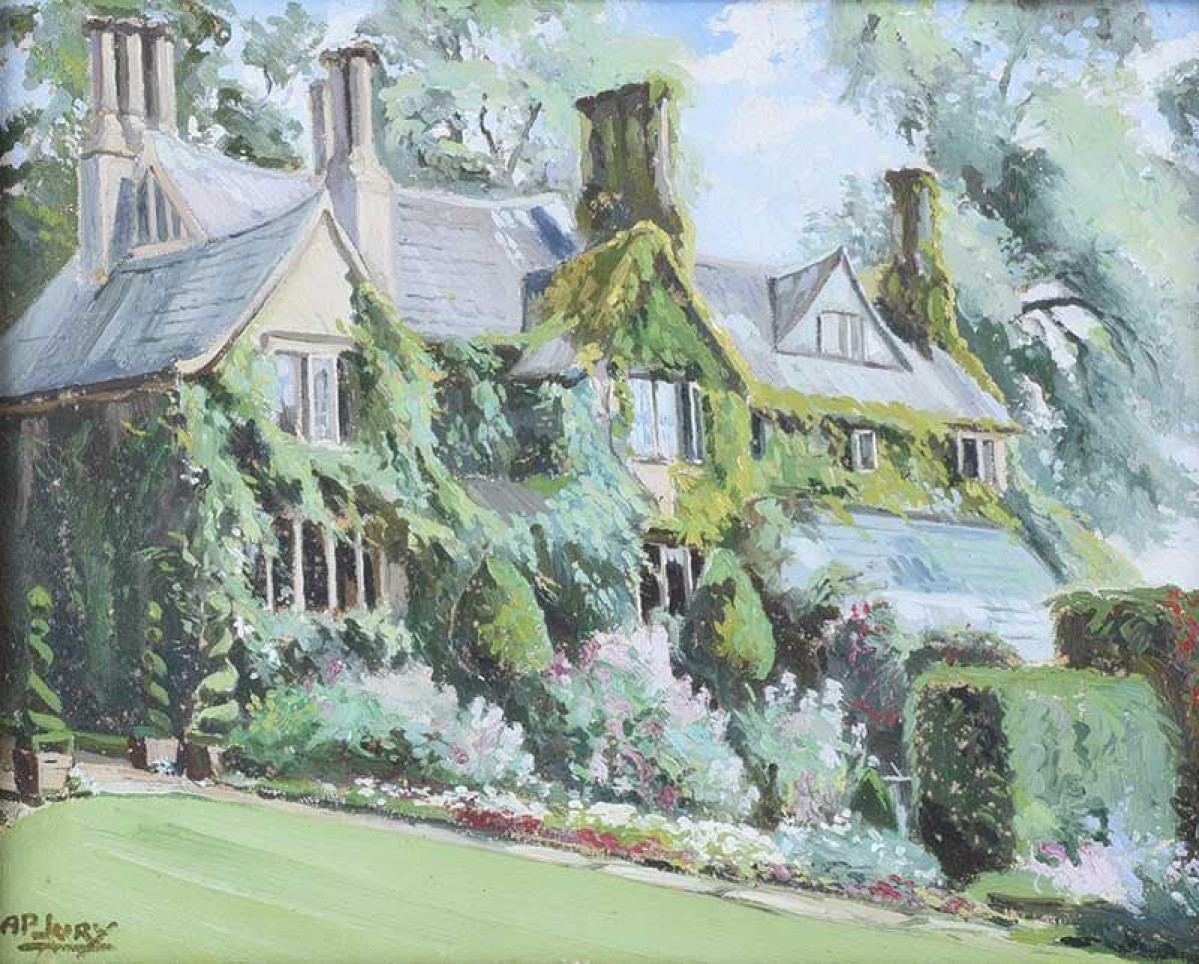 And from there, more input from Anto, local historians Raymond O’Regan and Richard Graham and the hidden history of the Jury dynasty is becoming less blurred and more touchable as the research continues.  Anto was great in finding original paintings of the house from Nancy and I hope to visit the house itself soon with him and possibly explore the story more.

And back to the original lyric, 'long ago I used to be a young man'.

It wasn’t that long ago, walking from school to visit my granny McCann I would’ve took the same route my father, uncle and aunties did to the Owens home. Its strange that place can remain with us, even when not frequented often. As well as home to my secondary education, my first adult home was on Dunmurry Lane and now I’m back digging, in my own way.

My grandfather John (Sean) Owens, missing his Fermanagh countryside and farmland possibly, bought the Jury house on Nancys death, mainly to acquire the associated fields and quickly sold the house on. Its times like these I miss the grandparents and I’d be certain that granny Owens would’ve had some memories of her neighbour Nancy to tell over a nice cup of tea (coffee for me still!)

I’ve added a piece of history that my ancestors in Arney (Fermanagh) recently uncovered that proved that oral history can prove the books wrong at times.

Ohh, you think, I forgot the Medieval Window. Well, for more evidence that the house belonged to the Jurys, see attached photo of a window with the initials P.M.J, 1909. This is relation to Percy Morgan Jury, that allegedly stole the window while working on a building in Athenry. Percy was approximately 34 at the time, so shows that theres still a young man in us all. 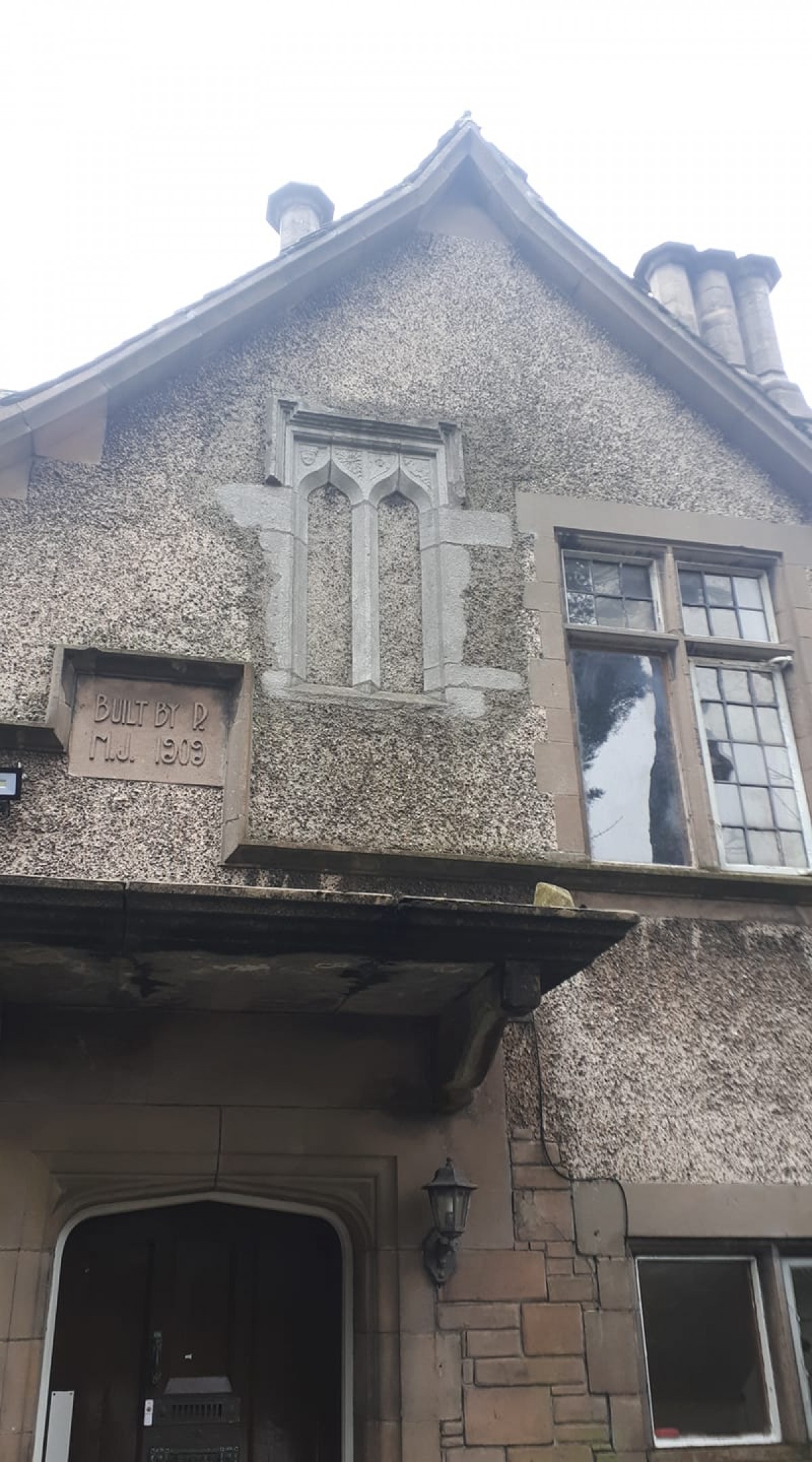 One of possibly many Staycations for 2020/21

Belfast Hidden Tours have been working hard the past few months to ensure the safety of our guides, guests and city when it is time for us to start walking again.